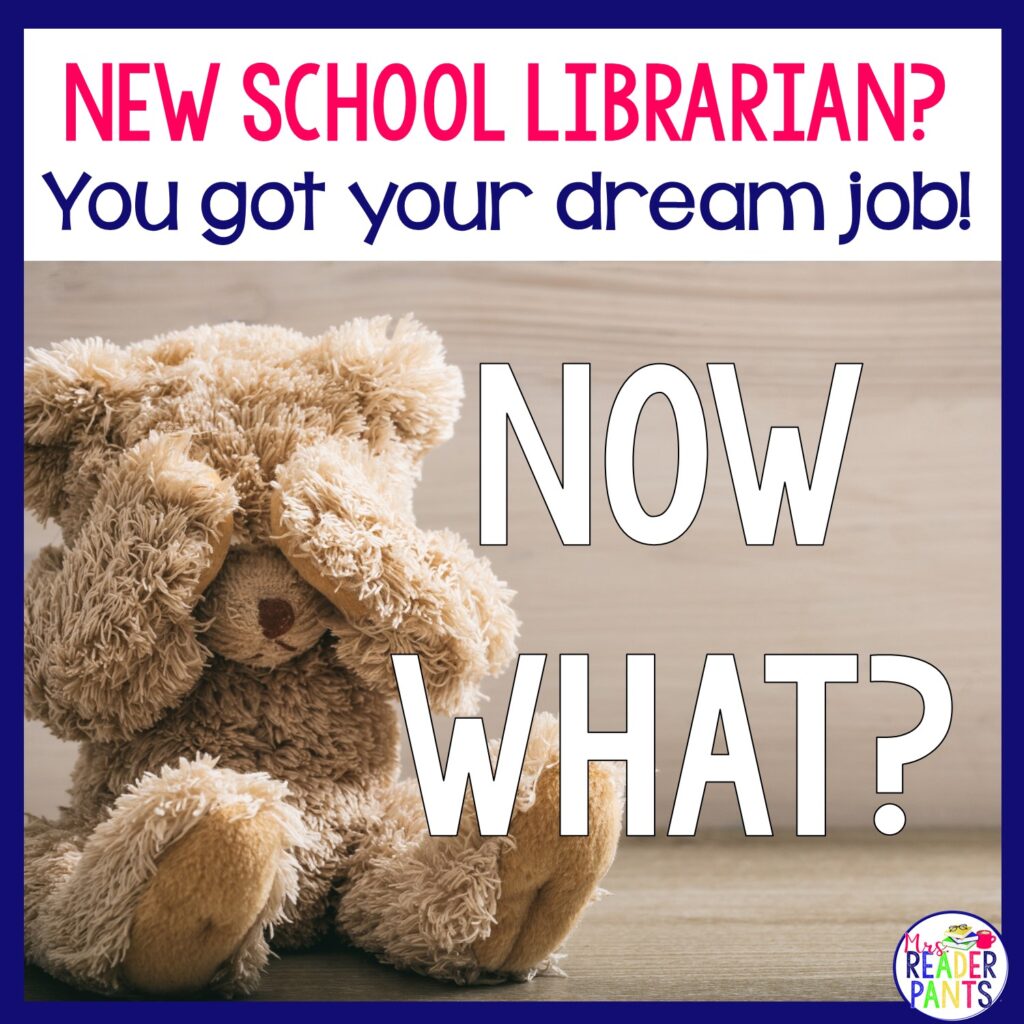 Make Classroom S’mores Without a Microwave 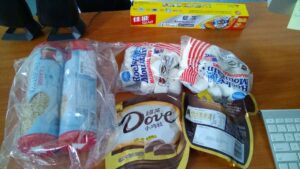 Last week, I played my Summertime Trivia Game with my sixth graders. One of the questions from the Camping category was about s’mores. I work in an international school, and only a handful of students in the class had ever eaten a s’more. With only a few days of school left, it was high-time to try making some classroom s’mores!

In case you aren’t a regular reader, I am a librarian in Shanghai, China. We have many foods from around the world available to us, but there are also many common foods that we just cannot get unless we want to pay crazy-high import prices and wait weeks or months to get them. I’m not going to pay $25 for a pack of marshmallows that may or may not arrive in six weeks.

I already knew that chocolate was no problem, and I also found large marshmallows without difficulty. But the only graham crackers I could find would cost me about $12 US dollars for a small box. That box would take weeks to arrive, and the grahams would probably be broken by the time I got them. Instead, I used Digestive biscuits, something I had never heard of until I needed a graham cracker substitute a few years ago. Digestives are similar to graham crackers, but they are thicker and a bit more crumbly than the Honey Maids I was used to back home.

Once I solved the graham cracker availability issue, I had to solve an even bigger problem…how do we heat the s’mores? Obviously, I can’t start a campfire in the classroom. And there is no microwave in the classroom, either. So, I had to improvise.

I used an iron.

A plain, normal, everyday household iron. And guess what? It worked just fine! 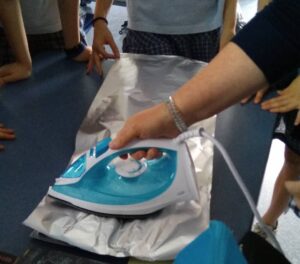 This was the first time I’ve cooked food with an iron, and I wasn’t sure if this iron-idea would even work.

My original plan was to put out a long sheet of aluminum foil, have the students stack the s’mores, then cover it with another sheet of foil. I thought this would be the most efficient way to make several s’mores quickly.

This actually didn’t work very well because the iron took much longer to melt the marshmallows than I expected. The cookies broke, and the s’mores fell apart because there was nothing holding the pieces together.

On to Plan B! This time, we individually-wrapped the s’mores with the aluminum foil. This worked much better! Tightly-wrapped s’mores held together much better than the long sheets did.

Under my close supervision, the students used the iron to make their s’mores. The first couple of s’mores didn’t melt very well, even after we turned up the iron to the highest setting. We found that the s’mores melted best when they were “baked” on one side for 60 seconds, then flipped over for another 60 seconds. We pressed down on the iron to help increase the heat. We did two flips per s’more, for a total of about 4 minutes per s’more.

This activity took much longer than I had planned, but it went a little more quickly when we discovered that we could cook two s’mores at a time under the iron.

I told the students to remember these tips when they go to college–they will be able to make dorm s’mores (dor’mores?). I’m betting this method would work just as well for toast or grilled cheese sandwiches. Now that I think about it, there’s probably a whole YouTube community out there for all the “iron chefs” out there! 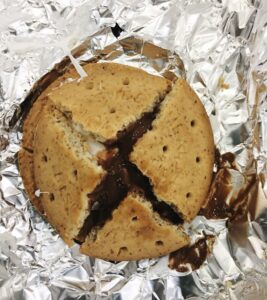 –Students should wash their hands first.

–Let the students build their own s’mores.

–Small marshmallows might melt more quickly and evenly than large ones.

–Heat the iron to its highest setting.

–If you happen to have extra irons lying around, they will help speed things along a bit.

–Aluminum foil is great. I thought it might stick to the iron, but it did not.

–Tightly-wrap the s’mores in aluminum foil to keep the pieces together.

–Make two at a time under the iron.

–Let the students use the iron. Many of my sixth graders had never used an iron before.

–Press down on the iron to help melt the marshmallows.

–Handle freshly-cooked s’mores with care–that aluminum foil heats up quickly! I told my students to hold them by the edges and unwrap them carefully. They did fine and no one ended up at the nurse.

I thought I was so clever in making classroom s’mores with an iron, but it turns out, there are lots of more-clever people out there cooking with irons! Check out other foods you can cook with an iron–these actually look pretty tasty!